EGO DEFENSE MECHANISM OF SUMARNI AS REFLECTED IN OKKY MADASARI’S THE YEARS OF THE VOICELESS: A PSYCHOANALYSIS APPROACH

The research entitled Ego Defense Mechanism of Sumarni in Okky Madasari's The Years of The Voiceless: A Psychoanalysis Approach aims to elaborate on Sumarni's ego defense mechanism. This research is classified as qualitative research, and the data is presented in descriptive form. The data is collected from The Years of the Voiceless novel written by Okky Madasari. In collecting data, the researcher reads the novel several times, looks for supporting data, then takes notes. In analyzing this research, the researcher applies the psychoanalysis approach by Sigmund Freud, especially the theory of ego defense mechanisms. The result of this research showed that Sumarni performs six ego defense mechanism because ego have to cope with reality demands, and the conflict between id's desires and superego’s opposition. Anxiety will inform ego to surmount the conflict using an ego defense mechanism. Then, ego defense mechanisms present with Sumarni suddenly forgetting the source of the problem (repression), turning uncomfortable feelings into socially valuable actions (sublimation), justifying Sumarni’s behavior (projection), looking for reasons to reduce the disappointment that she feels (rationalization), releasing his anxiety on others (aggression), choosing to be silent and giving up on problems (apathy), and looking for solutions in a fantasy world (fantasy).

Madasari, O. (2013). The Years of the Voiceless. Gramedia Puataka Utama. 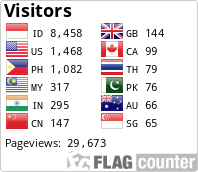